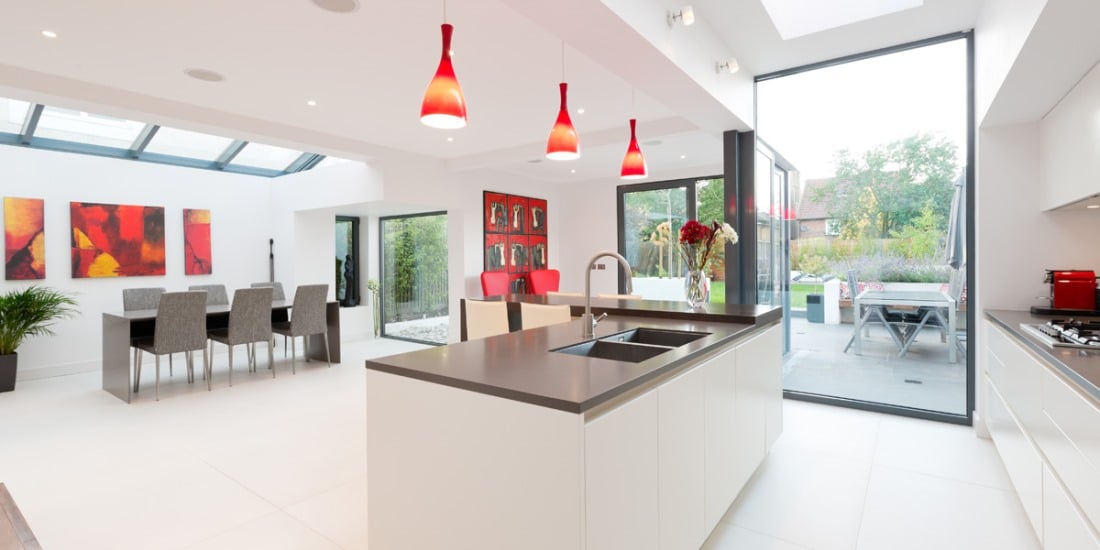 Singapore private residential property market has been on a strong bull run since its recovery in 2Q2009, astounding many participants. Purchasers of landed properties have made exceptional gains in capital value over this period. Based on URA’s Landed Private Residential Property Price Index, prices of landed housing has increased by 79.7% from 2Q2009 far surpassing the 47.9% gain in prices of non-landed residential properties.

Detached houses in the East shows the sharpest price increase

Detached houses recorded the best performance among the 3 different types of landed properties with a 84.1% price increase in relative to prices in 2Q2009. This is followed by terrace houses (81.4%) and semi-detached houses (70.1%).Prices of detached houses has been increasing at an average of 4.8% every quarter since 2Q2009. Detached houses located at the East region recorded the sharpest change in prices as compared to other regions with an average price change of 6.3% per quarter.

Over the past 3 years, only an average of 73 units of landed housing are completed each quarter. This is 59% below the average completions of 180 units per quarter from 1995-2009. Landed private properties have also historically enjoyed higher occupancy rate of 95.1% compared with the 91.9% occupancy rate for non-landed properties. Going forward, only 3,885 units are expected to be completed from 2012-2016, which averages about 780 units per year. This will only bring average completions to the approximately same as historical level.

The growing wealth of Singapore residents will provide sustained support for this segment. According to the latest Annual Report by IRAS, the number of individuals within the income group of $100,000 p.a. and above has increased by 1.3% as compared to the previous year. With a limited supply, landed properties in Singapore are expected to be a safe haven for long term investors. Our favoured locations are districts which have underperformed. 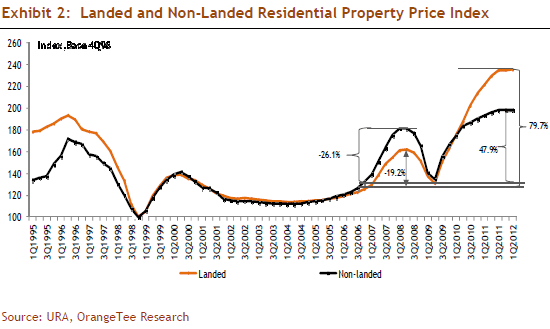 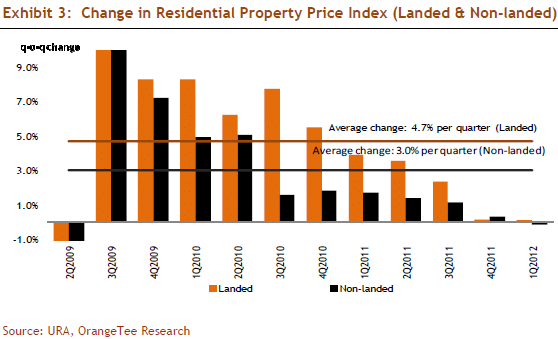 Recent weakness in prices should be short-lived

Comparatively, prices of non-landed private residential properties decreased by 0.2% in 1Q2012 after showing an increase of 0.3% in 4Q2011. The overall property price index has already experienced an upturn by registering a slight increase of 0.4% in 2Q2012 according to URA’s flash estimates and we expect landed housing property prices to register a sharper increase.

Analysis of prices by house type

Prices of detached houses increased the most 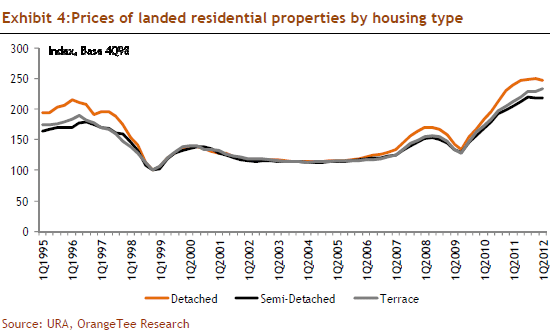 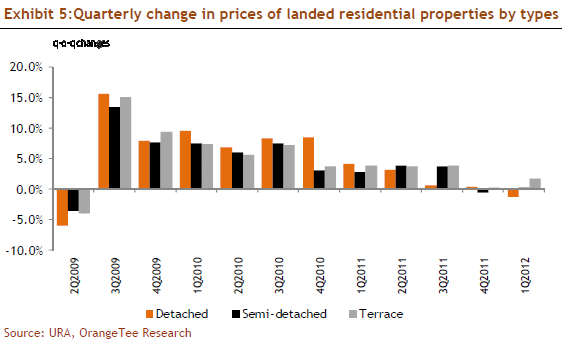 Analysis of prices by region

Prices of detached houses in East Region increased the most

Prices of other types of landed housing also grew strongly 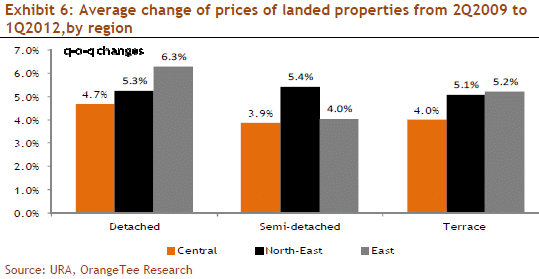 Low completions in the past 2 years 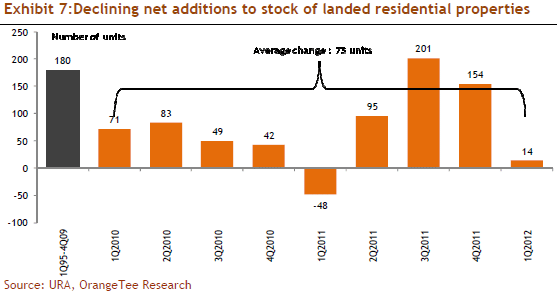 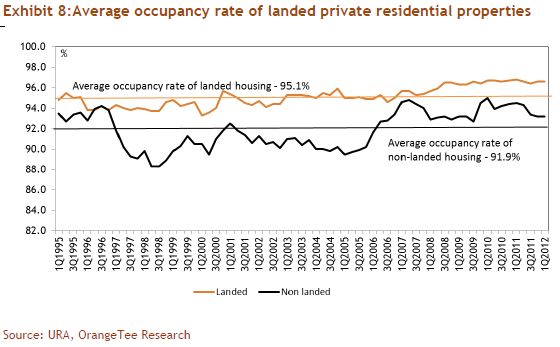 Limited supply in the future 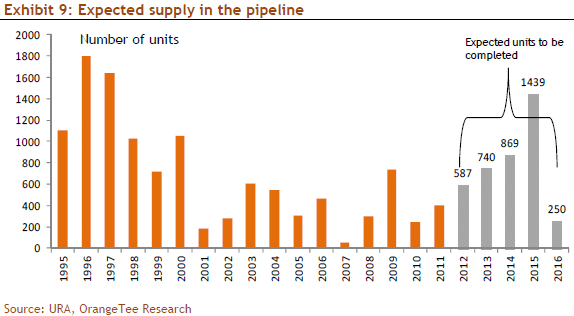 Singapore has been successful in attracting high net worth individuals (HNWI) to reside here. Several prominent ultra-high net worth individuals who have chosen to make their homes in Singapore include investment guru Jim Rogers, movie stars Jet Li and Gong Li, and even Facebook co-founder Eduardo Saverin, amongst others. Most recently, self-made Australian mining tycoon Nathan Tinkler who has built a fortune in mining, with an estimated worth of S$1.2 billion, has announced his move to Singapore.

For the first time since 2009, Singapore has overtaken Hong Kong in terms of its population of HNWI, according to the Capgemini-Royal Bank of Canada World Wealth Report. In the Wealth Report 2012 by the Citi Private Bank, the respondents placed Singapore as the 5th most important city in the world over the next 10 years, ahead of Hong Kong as well.

Even with the recent administrative tightening of rules on foreign ownership of landed properties, we believe that the growing wealth of Singapore’s resident population will provide sufficient support for landed housing. According to the latest Annual Report by IRAS, the number of individuals within the taxable income group of $100,000 p.a. and above is 218,199. Ths is a 1.3% increase as compared to the previous year which marks the 4th consecutive year of increase in the number of residents with taxable income of more than $100,000. 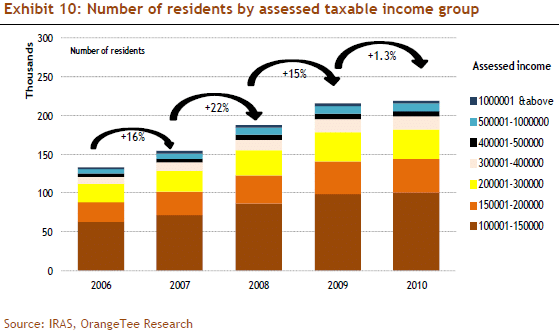 Flash estimates of the Private Residential Property Index released by URA indicate that private property prices have grown by 0.4% in 2Q2012. We estimate that prices of landed private residential property should also rebound from the slight dip in 1Q2012. Going forward, even as the pace of growth of prices continue to slow, we feel that the landed housing market will be more resilient due to the relatively limited stock and the lack of land for new landed housing development. The growing wealth of Singaporeans and the traditional preference for landed housing will also continue to act as a pillars of support for the demand of this property type.